Jumping into toxic does not give you Super Powers! 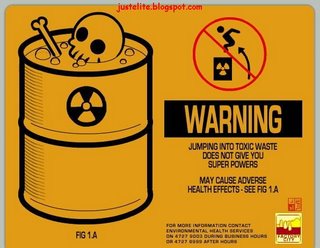 u r stupid! Not Americans!

Correction: Americans are stupid! The only thing is, you have be a non-American to see it... :P

Don't hate on Americans because we became the strongest, smartest, and most saught after country in only 200 and something years. Just go fist f#uck yourself, you stupid ass eurotrash

while I can attest to the fact that we americans are mostly a stupid, arrogant lot, I have to point out that contact number listed does not correspond to the U.S. 10 digit system. additionally the small stamp above the "factory city" logo in the bottom right corner is decidely NOT of american origin.